Women have always been big fans of fuller lashes. Eyeliners and lenses might be overhyped because most women are more into getting those thick Kardashian lashes. People prefer perfection in their everyday look and obviously with a lower price. Mascaras are setting dominoes of demands in the market. There’s one after another mascara from a new brand claiming to be the best, making consumers harder to choose. Our today’s report with authentic KKW Mascara Reviews will prove the reason behind its demand. 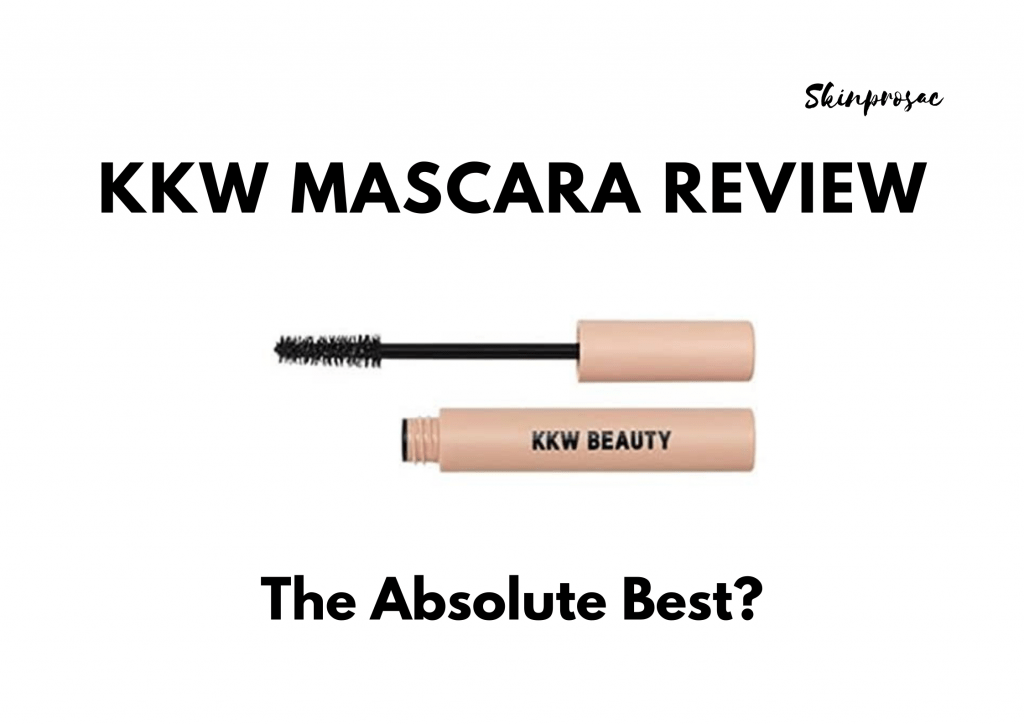 Every time we talk about a product, we also think about its substitutes. Similarly, mascara has faux lashes and lash extender tools as two highly preferred substitutes. But on the other hand, people call them out to be messy and time-consuming, and that’s where mascaras enter like a hero. But is KKW Mascara one of those heroes or a fraudulent product? Let’s figure that out!

Talking about Kardashian lashes, this product itself comes from the one – Kim Kardashian West. We will not detail you much about the founder because each one of us knows where she stands. KKW Beauty is a colossal brand selling beauty products worldwide. This effortless mascara we are talking about today comes from the same brand line. The name Kardashian must have excited you to know more because who does not want to look like one. Mascara is not a new thing in the market. Existing brands are thriving in the market with their effective formulas. The mascara we will talk about claims a list of things that they expect to fulfill for their users. But does KKW Mascara step ahead by making a difference? Does it keep up with its promises or only want to flaunt the brand? Let’s know how this formula works.

KKW Mascara creates a black layer over your existing lashes. With just a single coat, it curls up your lashes by creating an intense and fuller lash look. The formula has a creamy and smooth texture that glides effortlessly, delivering volume, which will bring the desired look naturally, without having to glue fake lashes every day. Infused with vital ingredients, this mascara from KKW lasts all day. Whether you go for an unexpected after-party or unscheduled office meet, KKW Mascara promises to stick with you longer without letting you worry about the look. If you want a thicker intensity, you may multiply the number of layers you add to your lashes with the look you are expecting. KKW sells this formula for under $20, which is relatively cheaper than any luxury brand. So, does this mean it is less effective? We don’t think so. However, the mascara is not entirely waterproof. 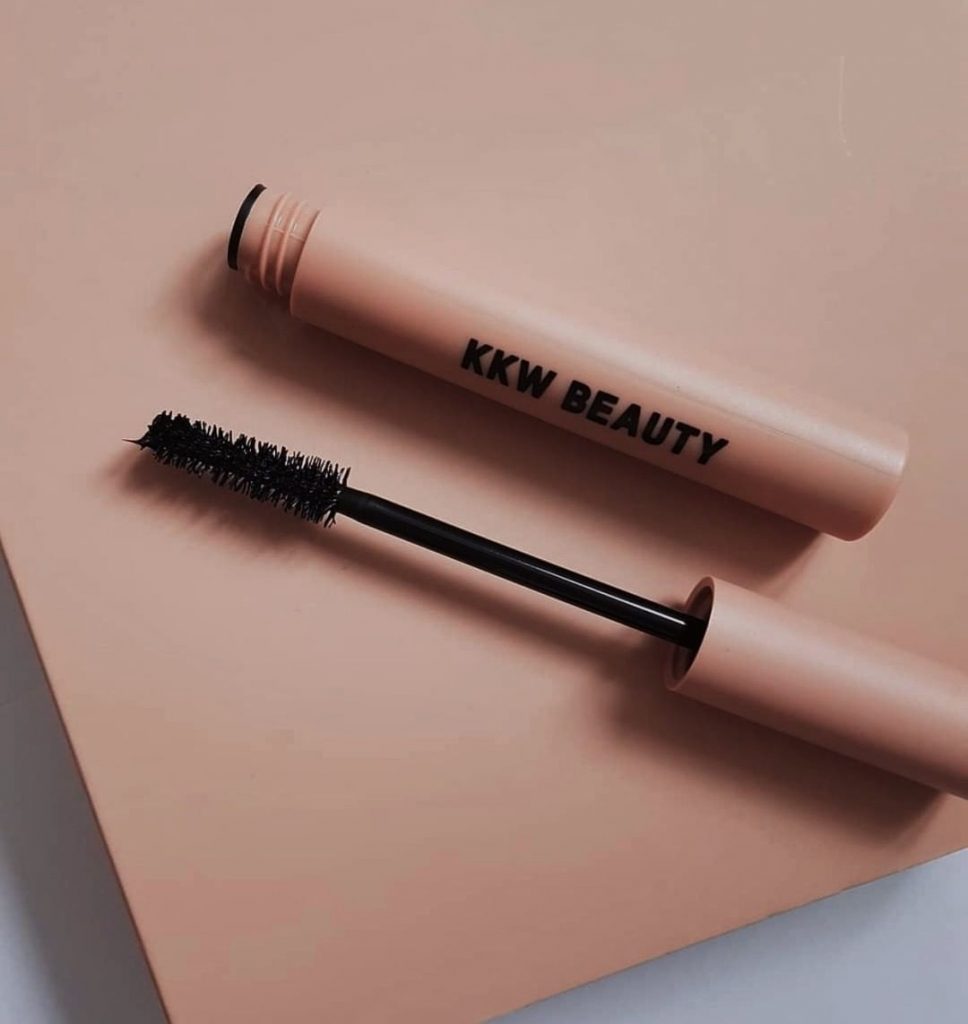 What is KKW Mascara infused with?

There are numerous ingredients added to KKW Mascara. They have promised to make safer and natural formulas for their consumers to naturally get fuller and voluminous lashes.

Coconut oil: Coconut Oil moisturizes and nourishes your lashes throughout the day. It lengthens them to the fullest and brings desired natural thickness. It also prevents them from falling by making them stronger. Coconut Oil is a clean ingredient that battles hair loss-causing bacteria. 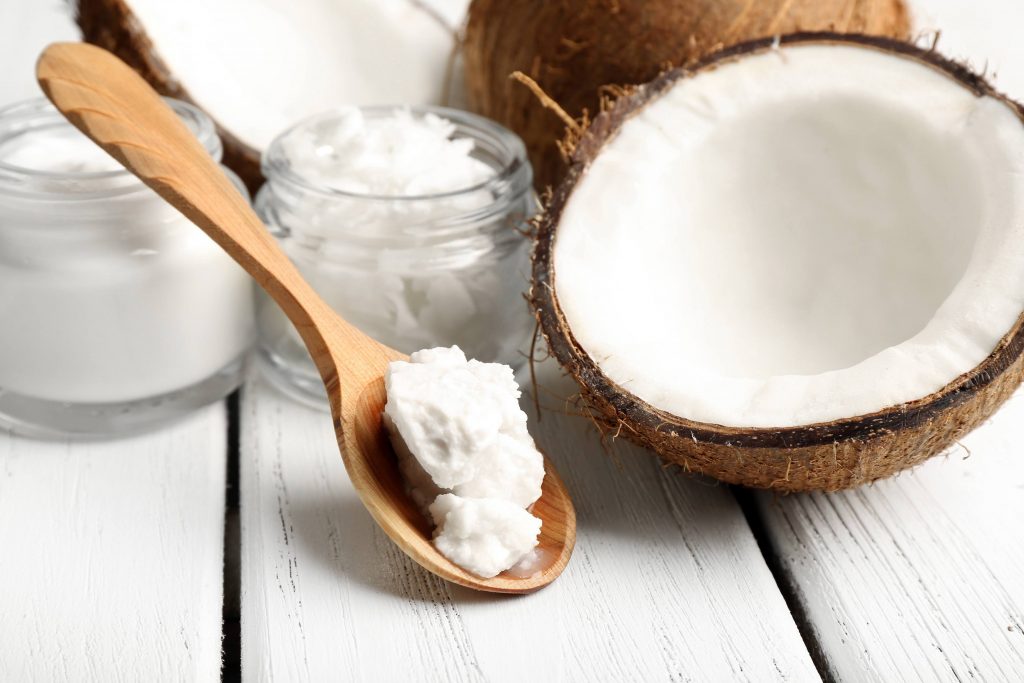 Castor oil: Castor oil is known explicitly for increasing the growth of lashes and providing them with deeper nourishment. It helps them to grow thicker and longer. Castor Oil makes them look natural and shiny. The oil is derived from vegetables which leaves it with no side effects.

Carnauba wax: Carnauba Wax is naturally derived as oil from Carnauba palm leaves and dried into the wax. This ingredient is usually used in most mascaras for the natural thickening of your lashes. It is proven not to clog up your pores and delivers a smooth glide for your shiny and silky lashes.

KKW claims to use ingredients that are primarily natural and beneficial for your lashes. However, the addition of phenoxyethanol stands as a drawback. When added in greater than 1% proportion, phenoxyethanol becomes harmful to your hair and skin. To stay on the safer side, make sure that you read the list of articles on the product.

Customer Reviews | KKW Mascara Before and After

Juliet commented, “As a fan of Kim, I brought this product to support her, but it worked unexpectedly well. I have it on my lashes every day, whether it’s work or a little celebration. This mascara glides smoothly and changes the look of my eyes to their best version.”

Charlotte added, “I’m not a fan of mascaras, but I bought this one because it’s cheaper and got better reviews. I got fuller lashes instantly without putting on the second coat. They look longer and thicker, all naturally.”

Rhea pinned, “I’ve been using this product for a year now. It’s smooth and glides easily. There were no clumps even after brushing it over and over again. It lasts all day, but it fades off at the end of it because it’s not waterproof. It has less mess, no drama. The formula is clean and safer for my eyes.”

Is this mascara from KKW waterproof, and how long will it last?

According to KKW, the mascara is not entirely waterproof but promises to last longer than usual mascaras. Some customers complained that the mascara faded at the end of the day. However, it may differ from user to user and their schedules.

Where can I find KKW Mascara?

The product is sold worldwide and is available on every online platform. The official site of KKW is under some process right now and may take time to get back to the online mood. Make sure you check your nearest offline beauty and cosmetic stores.

Will the Mascara increase the number of lashes?

There is no transparent information on this, but the formulation contains specific ingredients that make your existing lashes longer and prevent them from falling more often, making them look fuller and thicker.

KKW Mascara has been blowing minds since it has launched. The brand already got famous because of its popular celebrity founder, who attracted numerous consumers. The millions of Kardashian followers are now users of KKW. By summing up a few facts and figures from KKW Mascara Reviews, we may conclude that this mascara is inexpensive and promises natural-looking lashes with the luxury product level look has got consumers adding the product to their shopping cart. It’s readily available worldwide, which gives the desired look at every stroke of it got consumers excited about this Kardashian product all over the internet.

The brand has not put up enough information about the product online, but the consumers fulfilled that through their honest reviews. Some claimed it to fade after a long day, but the love they had poured for the mascara covered up everything. We hope our unbiased report has covered up every piece and corner of KKW Mascara. If you think we missed anything else, you may pin them down. We will get back to answering them as soon as possible.

I aim to help as many people I can with the knowledge & experience I hold in skincare & makeup. Watching friends & HIMYM is my guilty pleasure 😀